About Us | Steven J. Fishman, MD 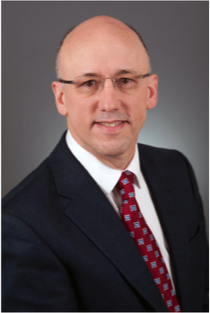 Steven J. Fishman, M.D. is Professor of Surgery at Harvard Medical School and the Stuart and Jane Weitzman Family Chair in Surgery at Boston Children’s Hospital, where he serves as Surgeon-in-Chief and Chair of the Department of Surgery. He previously served as president of the Physicians’ Organization and senior vice president for access and business services. In these roles he has been passionate about advancing alignment of the physicians and hospital in common strategy and direction. He co-founded and is co-director of the Vascular Anomalies Center at Boston Children’s Hospital. This multidisciplinary group evaluates approximately 1,700 patients annually with hemangiomas, rare vascular tumors, and vascular malformations of all types. Dr. Fishman obtained his B.S. and M.D. degrees at Northwestern University and completed his training in general surgery at the Hospital of the University of Pennsylvania and in pediatric surgery at Boston Children’s Hospital. He is active in the practice and teaching of the broad spectrum of pediatric surgery, with particular clinical and research focus in the area of vascular anomalies. He is past president of the International Society for the Study of Vascular Anomalies. Dr. Fishman created and hosts an international registry of hepatic hemangiomas. He has authored over 200 scientific publication and chapters and two books, including a comprehensive reference work on vascular anomalies. Dr. Fishman frequently serves as visiting professor and speaker nationally and internationally. In addition, he advises several patient/family-oriented support groups and frequently participates in their gatherings and clinics.