About Us | Marc Wolpow 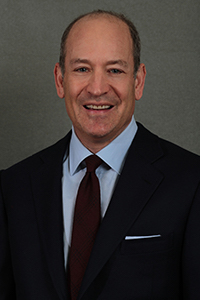 Marc B. Wolpow is co-chief executive officer of Audax Group, a leading investor in middle-market companies that has raised over $26 billion in capital across its private equity and private debt businesses. Together with Geoff Rehnert, he co-founded Audax Group in 1999.

Mr. Wolpow earned an M.B.A. from Harvard Business School and a J.D. from Harvard Law School. He received a B.S. in Economics from the Wharton School of the University of Pennsylvania.

Marc, and his wife, Robin, reside in Miami, Fla.