The Translational Research Laboratory (TRL) seeks to improve the standard of care in pediatric and adult cardiovascular critical care medicine. We identify areas of needs and proceed to invent innovative solutions to them. Select ongoing projects include: 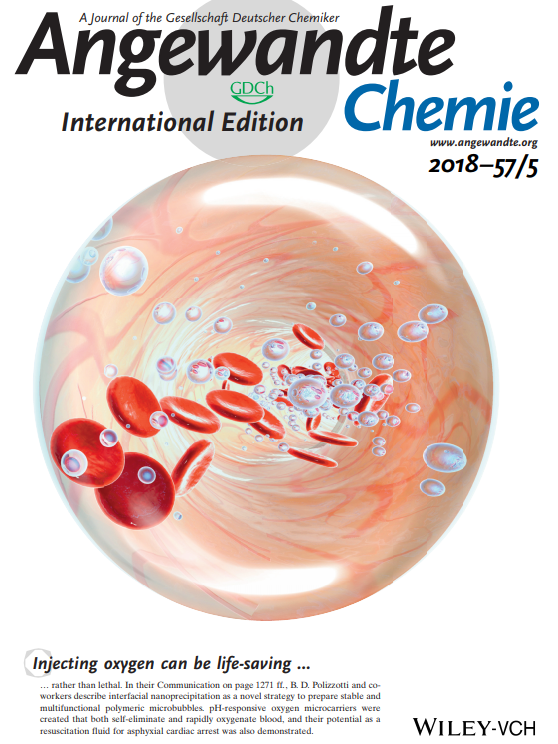 Human cells utilize oxygen for efficient energy production and maintenance of cellular homeostasis. Deficiencies in oxygen supply can result in tissue injury and death in a number of critical illnesses. The causes of tissue hypoxia are diverse, and include deficiencies in oxygenation of the blood (e.g. face and neck trauma causing airway obstruction, inhalation injury causing acute lung injury, and asthma), deficiencies in blood flow (e.g. traumatic hemorrhage or cardiac arrest) or deficiencies in oxygen extraction (e.g. carbon monoxide poisoning). Many of these disorders can result in death: acute respiratory distress syndrome has a ~40% mortality rate and cardiac arrest has ~80-90% mortality rate, highlighting the importance of maintaining oxygen delivery. Further, survivors of these diseases often exhibit significant sequelae, such as brain damage and renal failure, from even brief episodes of oxygen deprivation. This project proposes a solution to at least one of these causes, deficient blood oxygenation (i.e. hypoxemia), by enabling oxygen gas to be injected directly into the bloodstream for the rapid reversal of hypoxemia.

Currently, pressure monitoring is a mainstay of intensive care and cardiac catheterization. Critical decisions in patient care, such as whether a patient should undergo a cardiac operation, nearly always incorporate information regarding a patient’s physiologic status. Common measurements include a quantification of venous pressure, right ventricular pressure, pulmonary artery pressure, and left atrial pressure. Currently, there is only one way to measure any of these pressures – to transduce a catheter placed within the location in question. In most cases, this is performed during a cardiac catheterization procedure, a specialized test in which a patient undergoes general anesthesia and has catheters placed by fluoroscopy. While this provides a reasonable standard of care, it requires travel to a subspecialty location within the hospital and the provision of general anesthesia (in children, at least), which significantly alters the very hemodynamics one is quantifying. Contrast administration for angiography and blood loss from catheter manipulation also alter intravascular volume status and alters hemodynamic measurements, sometimes to important degrees. Further, because of these reasons, hemodynamic measurements are collected at a single point in time and under artificial conditions. The goal of this project is to develop and test an intravenous particle that can be used to emit acoustic signals that enable the real-time, non-invasive quantification of intravascular and intracardiac pressures. If successful, this technique would be transformative in several areas of medicine in the care of both children and adults. 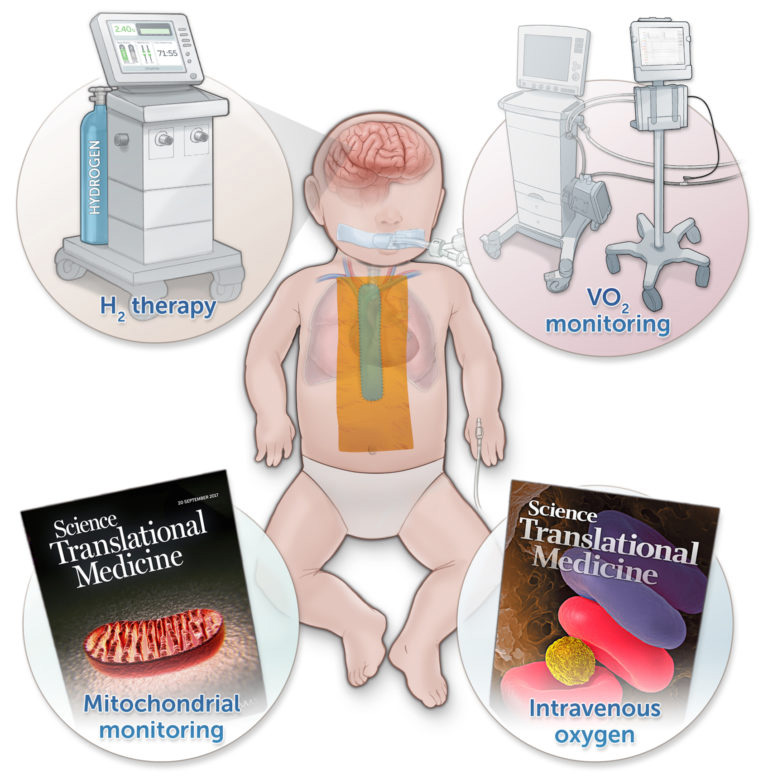 Newborns with critical congenital heart disease often undergo major surgical interventions in the neonatal period that require the use of cardiopulmonary bypass (CPB). Several studies have provided radiographic evidence showing that new ischemic injury occurs following CPB. To mitigate this problem, nearly all operations are performed under some degree of hypothermia, which suppresses cerebral oxygen consumption, enhances preservation of high-energy phosphates, and reduces the accumulation of toxic metabolites. However, even low levels of cereberal hypoxia can led to buildup of superoxide (O2–), which in turn generates hydroxyl radicals (OH) by the Fenton reaction. Hydrogen gas has been shown to be a potent scavenger of OH. We have recently demonstrated that inhaled H2 diminishes neurologic injury following experimental circulatory arrest in swine and that inhalation of H2 for 72 hours is safe in rodents.

Assessing the adequacy of oxygen delivery to tissues is vital, particularly in the fields of intensive care and medicine and surgery. As oxygen delivery to a cell becomes deficient, changes in mitochondrial redox state precede changes in cellular function. This project, in collaboration with Pendar Medical, aims to develop a clinical device for the continuous monitoring of mitochondrial redox states using resonance Raman spectroscopy.