See Who Inspires Us | Overview

Oliver Cameron was born with a large, non-cancerous tumor, called a cardiac fibroma, inside his heart. It was so rare that only a handful of doctors in the U.K. had ever seen one, and none were able treat it. The tumor caused Oliver’s heart to beat dangerously fast, and his parents often had to rush him to the hospital for emergency treatment.

“They couldn’t treat the tumor in the U.K. because they didn’t have any doctors with the right expertise,” says Oliver's mum, Lydia. “They said our only option was a heart transplant, but we thought there must be another route, so we started doing our own research.”

Finding help across the pond

That’s when Oliver's parents found the story of Francesca, a little girl in the U.S. whose large heart tumor had been successfully removed by doctors at Boston Children’s Hospital. The Camerons immediately reached out to the team who had helped Francesca, Dr. Pedro del Nido and Dr. Tal Geva. When they wrote back saying Oliver was a good candidate for surgery, the couple was were overjoyed, but cautious. 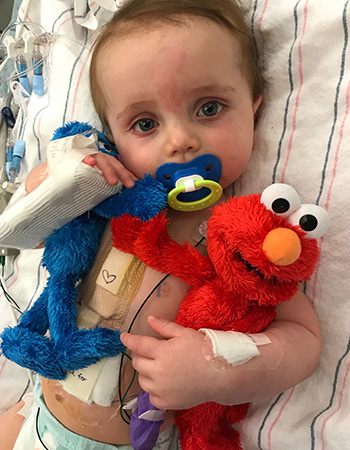 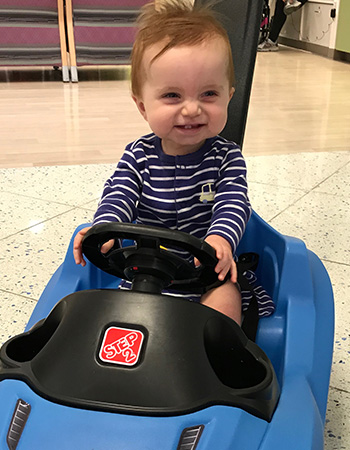 “The doctors at home had filled us with such fear about removing the tumor. They were so certain it couldn’t be done,” says Oliver's dad, Tim. “But when we spoke to Dr. del Nido, he was confident he could remove it. That put us at ease and confirmed our decision.”

A successful surgery and happy baby

On November 20, 2017, 10-month-old Oliver had an 8-hour surgery to remove the tumor. It was one of the largest the doctors had ever seen.

“When they told us Dr. del Nido had removed all of it, we were so happy we just burst into tears,” says Lydia.

After a quicker-than-expected recovery, Oliver was back home in Wantage in time to spend Christmas — and celebrate his first birthday — with his family.