Adrenoleukodystrophy (ALD) is a rare genetic condition that causes the buildup of very long chain fatty acids (VLCFAs) in the brain. When VLCFAs accumulate, they destroy the protective myelin sheath around nerve cells, responsible for brain function. Without the myelin sheath, the nerves can no longer relay information to and from the brain.

The defective gene in ALD, commonly referred to as a genetic mutation, can cause several different but related conditions: adrenomyelopathy (AMN), Addison’s disease, and — the most common and most devastating form — cerebral ALD. Cerebral ALD strikes boys between ages 4 and 10, leading to permanent disability and death usually within four to eight years.

One in every 21,000 males is born with ALD. Although females who carry the ALD gene mutation do not develop the full ALD condition, approximately half may develop some symptoms.

ALD is an X-linked recessive condition caused by a mutation in the ABCD1 gene on the X chromosome. Because a female has two X chromosomes, if she inherits the faulty gene, then she still has another X chromosome to offset the mutation. However, because males only have one X chromosome, the gene abnormality causes the disease.

What are the symptoms of ALD?

Boys with cerebral adrenoleukodystrophy usually begin showing symptoms between the ages of 4 and 10. The most common symptoms include:

As the condition progresses, other signs and symptoms of cerebral ALD may include:

Without treatment, ALD progresses rapidly, often leading to a vegetative state or death within a few years.

How is adrenoleukodystrophy diagnosed?

Early diagnosis of cerebral ALD is critical, because there is a narrow window in which the condition can be treated. Once the disease progresses, there is no way to replace the lost myelin or reverse the neurological damage already done.

Without a family history, most women aren’t aware they are carriers of ALD. As a result, their sons are often misdiagnosed and their symptoms are easily mistaken for behavior or developmental issues.

When a clinician suspects ALD, they will perform two tests — a magnetic resonance imaging (MRI) scan to determine whether there is damage to the brain tissue and a blood test to measure the concentration of very long chain fatty acids, which are elevated in males with ALD.

Genetic testing can identify the defective gene that causes ALD. It also can accurately identify other members of the family who have ALD — females who are carriers and boys who aren’t yet exhibiting symptoms.

A newborn screening test, which was added to the United States Recommended Uniform Newborn Screening Panel in 2016 but currently is available in only a handful of states, detects elevated very long chain fatty acid levels in the blood, a clear indicator of ALD. With newborn screening, boys at risk can be identified and treated early.

What are the treatment options for ALD?

Boston Children’s helped pioneer a gene therapy for boys with cerebral ALD who are not yet experiencing symptoms. Recently approved by the U.S. Food and Drug Administration, the treatment is designed to replace the defective or missing ABCD1 gene, which controls the production of an enzyme that our body normally uses to breaks down fatty acids.

The defective ABCD1 gene can be identified through newborn screening before symptoms occur. This creates a small window of opportunity to prevent and minimize the ALD’s degenerative effects before they become irreversible. Studies have found that when the treatment is given early enough, it can halt the decline in brain function caused by the disease.

Children eligible for treatment have blood stem cells collected from their blood. These are treated in the laboratory with Lenti-D, a proprietary non-infectious virus that is used to get a healthy copy of the ABCD1 gene into the cell. The treated cells, carrying the new gene, are then given back to the patient by an intravenous (IV) infusion. When these new cells divide and make new cells, they will have the ABCD1 gene and be able to break down the very long chain fatty acids that cause the serious neurological symptoms of ALD. 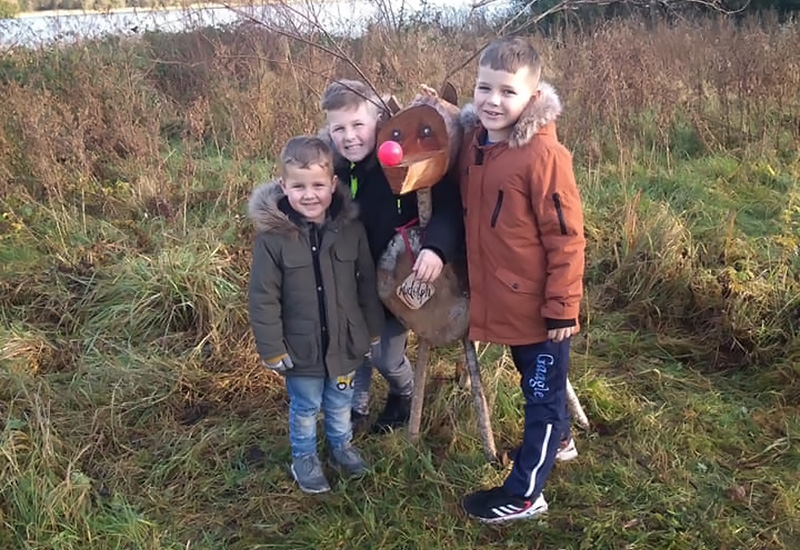 Matthew, one of the first patients to receive gene therapy for ALD in 2013 at age 4, shows no sign of disease activity.

The gene therapy continues to be studied in a Phase 3 trial, and patients are being enrolled in a long-term follow-up study. For more information, contact gene.therapy@childrens.harvard.edu.

The only effective treatment option for cerebral ALD is a stem cell transplant, a procedure in which the patient receives blood stem cells from a genetically matched donor. The purpose is to provide healthy stem cells that produce the protein lacking in boys with ALD.

The Department of Neurology cares for infants, children, and adolescents with all types of neurologic and developmental disorders.

Our Gene Therapy Program is one of the largest and experienced pediatric gene therapy programs in the world.

The Hematopoietic (Stem) Cell Transplant Program at Dana-Farber/Boston Children's Cancer and Blood Disorders Center is one of the largest and most experienced pediatric stem cell transplant programs in the world.