Dr. Cipres is a native of California and completed her undergraduate education at the University of California, San Diego where she graduated summa cum laude and received the Outstanding Senior award. She received her medical degree with distinction at the University of California, San Francisco, where she was inducted into the Alpha Omega Alpha Honor Society, and received the Latino Medical Student Association Outstanding Senior award for her contributions to mentorship and recruitment, and was recognized for her work on disparities in STI prevention behaviors among young women. Dr. Cipres completed residency in Obstetrics & Gynecology at McGaw Medical Center of Northwestern University, where she served as Administrative Chief resident and received multiple awards for resident and medical student education. She is passionate about health equity, reproductive and sexual health education for patients, and enhancing the educational experience for trainees. Danielle is currently a clinical fellow in Pediatric and Adolescent Gynecology at Boston Childrens' Hospital, where she looks forward to expanding her training in the care of complex reproductive anomalies, contraceptive care, and minimally invasive and reconstructive surgery in young patients. 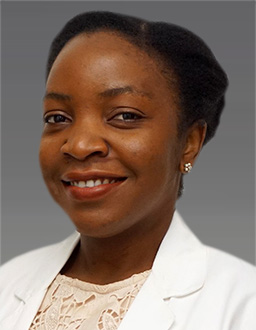 Tambu attended Bennington College in Vermont then went on to Yale School of Medicine where she attained her Doctor of Medicine and Master of Health Sciences degrees. She then went to Brown University where she completed her residency in Obstetrics and Gynecology at Women and Infants Hospital of Rhode Island. In residency she became interested in caring for pediatric and adolescent patients. While in residency she completed a research project exploring post partum birth control choices amongst adolescent patients. Her clinical interests are evolving but include contraception, management of heavy menstrual bleeding, dysmenorrhea, endometriosis. She also has an interest in Global Health and is looking forward to exploring ways to increase access to gynecology care for pediatric and adolescent patients in under resourced areas.