What is cystic lung disease?

Cystic lung disease is a term used to describe four distinct conditions that may share a degree of common origin during fetal development. These conditions are: 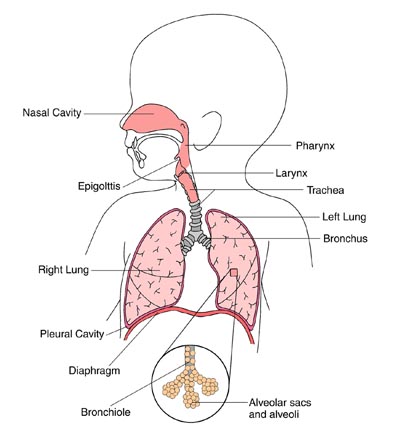 The Center for Healthy Infant Lung Development (CHILD) at Boston Children's Hospital cares for newborns, infants and children with many different forms of lung disease. Program expertise ranges from care of premature infants to care of full-term infants with breathing difficulties.

We offer a comprehensive, team-based approach to maximize the growth and development of the lungs, which helps children reach their maximum potential in all aspects of their normal activities, including exercise, feeding and learning. Our staff is available 24 hours per day, 7 days per week, and we pride ourselves in how available we are to our families.

What are the symptoms of cystic lung disease?

While each child may experience symptoms differently, and while symptoms may depend on the condition causing the disease, some common symptoms include:

Symptoms of cystic lung diseases may resemble other conditions or medical problems. Always consult your child’s physician for a diagnosis.

Yes, sometimes. Ultrasound may reveal some cysts or conditions; other times, symptoms may not appear until your child is significantly older.

How is cystic lung disease diagnosed?

If your child's physician suspects a cystic lung disease, the following tests may be performed:

The four conditions of cystic lung disease may become symptomatic, or be discovered, at different times:

The condition is usually discovered on a fetal ultrasound or a chest x-ray after your fetus or newborn demonstrates signs and symptoms of airway obstruction.

What treatments are available for cystic lung disease?

Since a cyst may compress your child's airway, it is important that it be removed in a careful and controlled manner.  Depending on your child's age, symptoms, and the location of the cyst, it may be possible to remove it via thoracoscopic (minimally invasive) surgery.

To help your child during surgery, the surgeon may include careful ventilation or even use extracorporeal membrane oxygenation (ECMO). This is a machine that takes over for the lungs, providing oxygen and respiratory support.

Even if your child isn't experiencing symptoms from the bronchogenic cyst, it should be removed to prevent long-term complications, including infection, bleeding or malignant degeneration.

There are several ways to treat symptomatic CCAMs. These include:

For lesions that seem to be regressing and are not producing further symptoms, your child's doctors will perform simple post-natal follow up, which will include careful chest imaging and potential delayed pulmonary resection.

Though this course of action is open to debate, some people choose to have these asymptomatic CCAMs removed because of the rare but reported cases of malignant degeneration in these lesions as the babies grow into adults.

A CCAM may also produce neonatal respiratory distress complicated by pulmonary hypertension, and such babies may require urgent neonatal operation and/or aggressive management of their acute respiratory failure including the use of extracorporeal membrane oxygenation (ECMO), a machine that takes over for the lungs, providing oxygen and respiratory support.

For these conditions, surgery is almost always required to remove the affected lobe (called a lobectomy) in order to prevent further damage to the entire lung. If done promptly, surgical treatment is almost always successful, leaving little or no permanent impairment of breathing capability.

What is the long-term outlook for a child with a cystic lung disease?

Fortunately, children typically do well after the treatment of their cystic lung disease. If they have severe associated anomalies or if the normal lung development has been compromised, then the outcomes may be more limited.

The Division of Medicine Critical Care at Children’s Hospital Boston provides pediatric medical care to promote the health and safety of both critically ill children and those who require a higher level of care than can be provided on the general pediatric wards.