CFTD has been observed in congenital myopathies, as well as other disorders that affect the muscles  (Clarke 2011; Clarke and North 2003). Since there are several conditions that can exhibit CFTD, it is often diagnosed after excluding other disorders (Kissiedu and Prayson 2016). CFTD is primarily diagnosed by taking a small muscle biopsy that is cut in very thin sections and stained with reagents that stain slow and fast twitch fibers differently. The stained muscle section is then observed under the microscope and an imbalance of fiber proportions would be suggestive of CFTD. In addition, fiber I predominance and absence of type IIB fibers have also been associated with CFTD  (Clarke and North 2003). 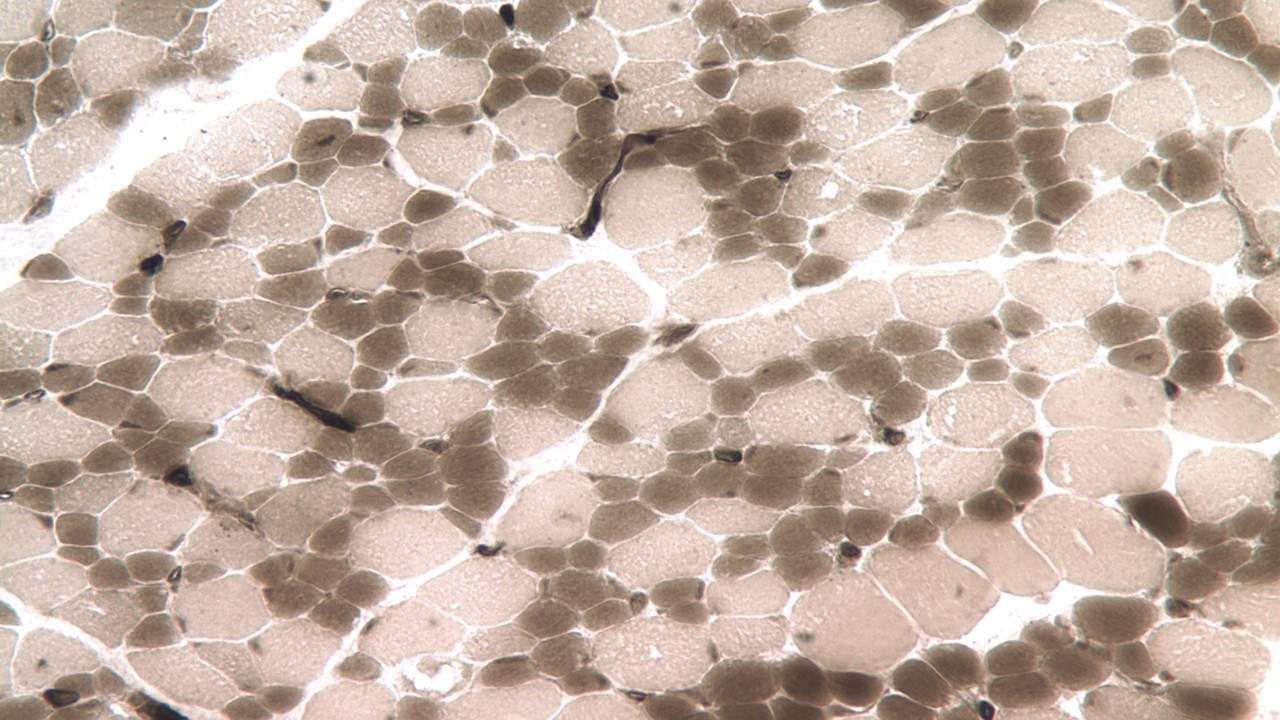 A slide illustrating classic CFTD; with the darker type 1 fibers being much smaller than the lighter type 2 fibers.

One of the goals of the research done at the Beggs laboratory is to identify the genes causing CFTD. The study of the proteins coded by those genes will allow us to unravel the pathophysiology of this group of disease which will be crucial for improving diagnosis and treatment of this condition in the future. If you are the parent of a child with a congenital myopathy, if you yourself are affected, or if you are the healthcare provider of someone with CFTD, you may be able to help us better understand CFTD and to determine the genetic changes associated with the condition.