The purpose of the Tommy Fuss Center for Neuropsychiatric Disease Research Fellowship program is to identify, and support the training of, the very best clinical and research fellows to prepare them for a career treating and researching mental illnesses and their underlying biology. It is anticipated that the successful fellows will graduate to independent junior faculty positions at Boston Children’s Hospital and other top medical centers in the United States and around the word. Furthermore, it is anticipated that graduates will form a cadre of highly trained and productive clinician scientists focused on research, treatment, and care of children and adolescents with major mental illnesses. All trainee doctoral level fellowship applicants with existing or committed Boston Children’s Hospital and Harvard appointments as clinical and/or research fellows are eligible to apply. Any faculty member affiliated with Boston Children’s Hospital who is involved research relevant to mental illness can serve as mentor.

This award was created to support the salary and minimal expenses of MD- and/or PhD-level fellows for a two-year term. Individuals who recently completed a clinical training may request a one-year fellowship. Allowable fellowship expenses beyond salary and fringe benefits are expected to directly support the fellow’s education, training, and personal productivity, and should not be requested for general laboratory supplies, equipment, or other materials that would normally be available in an established laboratory or clinic. Examples of suitable expenses include travel and meeting registration to scientific conferences and courses, books and journal subscriptions, a personal computer, and project-specific reagents or specialized equipment required specifically for the applicant’s project.

The initial application will consist of a one-page letter of intent (LOI) and a copy of the proposed fellow’s CV, to be submitted by the proposed mentor. The LOI should contain the following:

The LOI should list the qualifications of the candidate and describe the proposed training program, and it will be screened to determine if it is consistent with the standards and goals of the Fuss Center. Receipt of completed LOI and applicant’s CV from the mentor’s Boston Children’s Hospital email address is sufficient to serve as an electronic signature.

The deadline for receipt of the LOI is February 15, 2022, at 11:59 p.m. EST. After screening, the strongest applicants who best fit into the mission of the Fuss Center will be invited to submit a full application, with instructions to follow. Invited full applications will be due at 11:59 p.m. March 1, 2022.

All LOIs and CVs should be emailed to TommyFussCenter@childrens.harvard.edu, attention of the Fuss Center Program Coordinator.

All application emails should be clearly marked "FELLOWSHIP LOI — [last name]." An email confirmation of receipt will be returned to the applicant. All applications will be considered on a merit basis by an internal review board at the Fuss Center.

Any questions regarding the application process or fellowship award should be directed to Sabrina Heisey at Sabrina.Heisey@childrens.harvard.edu. 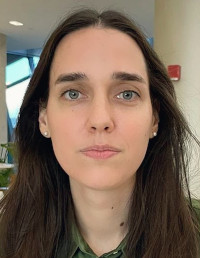 Dr. Bonacina will search for rare regulatory variants that influence genetic risk for attention deficit hyperactivity disorder (ADHD) in 700 families with a child with ADHD alone, and in another 1,000 individuals with co-occurring ADHD and autism spectrum disorder. As part of Dr. Ryan Doan’s laboratory, Dr. Bonacina’s work is designed to identify novel genetic risk factors for ADHD. 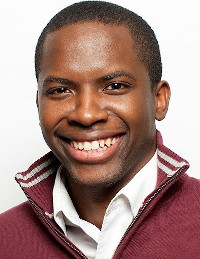 Dr. Morquette will determine how light variation influences affect via a pathway from the retina to the hypothalamus. To this end, Dr. Morquette will leverage a highly novel ex vivo experimental preparation that preserves the optic nerves, retina, and target neuronal populations but allows subtle manipulations. As part of Dr. Michael Do’s laboratory, Dr. Morquette’s work is designed to characterizing how specific neural populations influence major depression. 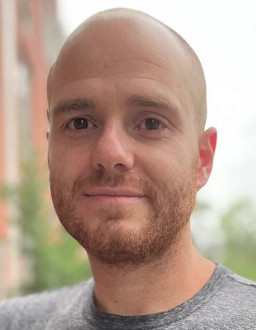 Sleep dysregulation is highly co-morbid with multiple stress-related psychiatric disorders, and negatively impacts overall illness course, quality of life, and treatment outcomes. Substantial evidence indicates that vulnerability is determined by neuronal populations that regulate both affect and arousal, but the specific neural circuits and molecular mechanisms involved have not been clearly defined. This gap in knowledge in part reflects the fact that these two fields (affect and sleep) have traditionally been pursued independently. Here, I propose a novel approach in mice that integrates behavioral studies with longitudinal in vivo analysis of neural activity and sleepwake cycles in order to define mechanisms underlying stress-induced elevations of anxiety and sleep disruption. I will focus on a hypothalamus-to-lateral septum neural circuit that published work and our preliminary data strongly implicate in the control of trauma-elicited persistent anxiety states and regulation of global arousal. My studies will determine: 1) how neural activity within this circuit changes in response to threat or during sleepwake transitions under normal conditions and following severe stress; 2) the functional role of this circuit in stress-induced sleep disruptions; and 3) how a clinically relevant neuromodulatory receptor which regulates this circuitry contributes to stress-induced sleep disruptions. Findings from this work will provide new insight into the mechanisms that coordinately regulate affective state and arousal, and may suggest novel approaches for treating chronic sleep and mood disorders.

In the United States, neuropsychiatric disorders represent the leading cause of years lived with disability, as measured in disability-adjusted life years (DALYs) (NIMH and WHO). This is especially true in children, where lifelong psychosis-related diseases have poor longterm clinical outcomes and few therapeutic options. Our research program has identified children with Childhood Onset-Schizophrenia (COS) who have mutations in candidate genes with robust features both clinically and in an in vitro cellular model, thus offering a multi-level platform to understand, treat, and ideally prevent psychiatric disorders. Understanding psychosis and schizophrenia in children is important not only for clinical treatment, but also for understanding the etiology of other psychosis-related diseases. When analyzing mutations contributing to Very Early Onset Psychosis (VEOP) risk, published and preliminary data from our group demonstrate a role for de novo mutations in those genes involved in the stabilization of neuronal physiology equilibrium states. A pilot example of a de novo mutation contributing to COS is the Na+/K+ ATPase subunit gene (ATP1A3) (Smedemark-Margulies et al., 2016), which we recently demonstrated to have a robust cellular disease profile in patient neurons, providing a tractable biomarker. The overarching goals of this project are to explore how this patient mutation mechanistically contributes to a COS cellular risk state, and to evaluate therapeutic modulations of COS candidate gene ATP1A3. As a result, our analysis of COS patient cell lines has the potential to provide novel genetic insights, at both a molecular and physiological level, into the aberrant cellular state that generates the psychosis phenotype in children.

As the 2017-2018 Tommy Fellow in Neuropsychiatric Disease at the Tommy Fuss Center for Neuropsychiatric Disease Research at Boston Children’s Hospital I successfully completed several research objectives. As a member of the Developmental Neuropsychiatry Clinic I work under the supervision of Joseph Gonzales-Heydrich, M.D. I participated in an ongoing study which includes examining the genetic and neurobiological origins of childhood onset schizophrenia using both whole exome sequencing and induced pluripotent stem cells (IPSC) derived from participants recruited from our clinic. I completed initial evaluations confirming the diagnosis of childhood onset schizophrenia and successfully recruited participants into our study. I was a co-author on a book chapter entitled "The Interface Between Rare Genetic Variation, Psychosis, and Trauma" in Pediatric neuropsychiatry: A case based approach.

In addition to these clinical research objectives I also completed several milestones in my basic science research examining the neurodevelopmental origins of autism spectrum disorder (ASD) as a member of the Broad Institute supervised by Steve Hyman, MD and Paola Arlotta, Ph.D. The goal of the project is to identify convergent neurodevelopmental mechanisms contributing to autism using cerebral organoids carrying protein truncating variants in autism associated genes. We generated heterozygous loss of function protein truncating variants in two male psychiatric control IPSC lines for six genes most of which are found to be more closely associated with ASD and not intellectual disability. Each edited line has its own unique isogenic control to reduce variability. We are growing cerebral organoids using a protocol which provides some patterning to improve reproducibility and using single cell RNA sequencing to examine changes in specific sell populations after three months of growth. We just completed collection of data from the first gene examined and data analysis is underway. This particular avenue of basic science research will likely be directly applicable to the study of childhood onset schizophrenia which likely involves very early neurodevelopmental pathology.

Thanks in large part to the support provided by the Tommy Fuss Center, I have been able to tackle some of the most intriguing questions related to neuropsychiatric disease and neurodevelopment disorders. My long-term research interests center around adolescence. The brain and body undergo a massive change over an extended period of time known as adolescence. While there is a tremendous amount of evidence for structural and functional changes in the brain, the mechanisms and impact of genes x environment interactions has yet to be uncovered. During this fellowship, I have focused in on the frontal cortex which represents a critical node in both the execution of higher cognitive functions (planning, organizing thoughts, etc.) and dysfunction that marks many brain disorders, like schizophrenia and major depressive disorder. The scale and scope of frontal cortical development is not clear. Unlike more circumscribed “critical periods” of sensory circuit maturation that are well-defined within and across species, evidence supports a protracted development of human frontal cortex that continues through adolescence into early adulthood. “Adolescence” is most well defined in humans, where it spans approximately 10 until about 20 (females) or about 25 (males) years of age. Imaging and histological data show changes over this period in frontal cortical connections (synapses) and circuits involved in task-relevant physiological responses, correlating to the development of frontal cortical-dependent functions, like working memory and reward processing.

To investigate schizophrenia-relevant genetic and environmental risk factors, we must first establish the normal developmental trajectory of vulnerable brain regions and circuits. To achieve this goal, I have established a highly integrative research program that brings together experts across a wide range of pertinent areas, from genetics to neuroscience, from the lab to the clinic, with the ultimate goals: 1) interrogating how our brain normally develops and 2) impact of the leading genetic and environmental risk factors on disease relevant development. With the help of the Tommy Fuss Center, I have expanded my network to gain perspective across the spectrum. We have formed a collaborative project across the labs of Beth Stevens (Boston Children’s Hospital), Bernardo Sabatini (Harvard Medical School), Steve McCarroll (Harvard Medical School), Gord Fishell (Harvard Medical School), Jordane Dimidschstein (Stanley Center), and James Bourne (Monash University). Over the next year, the project will continue to tackle how the brain is developing and continue to shed light on the mechanisms driving both normal and abnormal development.