Vascular Dissection of TSC/LAM Progression in a Zebrafish Model
Tuberous Sclerosis Complex, TSC, is a rare hereditary disease that can be diagnosed in utero or at infancy due to mutations in 2 genes (TSC1, TSC2) that function together. TSC children have multiple system defects including neurological disorders and predisposition to a number of benign tumors as they age. Among these tumors is a rare kidney tumor found in TSC children at about 5-6 years of age. In the general population, these tumors occur at about 58 years of age. A major complication is that these tumors are highly vascularized and can rupture. However, early removal of the tumors will also remove kidney function so that young children would need dialysis or kidney transplants. Recently, mutations in the same genes were found in another rare disease called LAM, where young women are mostly affected. They are diagnosed from reduced lung function but also frequently have the same benign kidney tumors as TSC children. One common aspect of these 2 diseases is that the mutations in these Tsc1/2 genes lead to overactive mTOR kinase activity affecting many cell types. My hypothesis for this study is that these mutations also increase the levels of the vascular endothelial growth factor, a robust stimulator of blood vessel formation. Through this common ability to increase nutrient and oxygen to benign tumors, these tumors continue to enlarge and threaten organ function. This proposal uses the zebrafish as a model system to investigate these ideas. The zebrafish embryo is transparent and blood vessels can be clearly visualized. By altering the levels of mTOR kinase activity and VEGF levels, we hope to further our understanding of the mechanisms common to both TSC and LAM and provide insights into potential earlier intervention.

Laurie Jackson-Grusby, PhD
Modeling Syndromic Hepatoblastoma
The pediatric liver tumor hepatoblastoma occurs in three rare syndromes afflicting children, and the tumors have been associated with the corresponding genetic and epigenetic lesions. Namely, Wnt pathway activation in Gardener's Syndrome, loss of imprinting (LOI) and/or loss of heterozygosity (LOH) at 11p15 in Beckwith-Weideman Syndrome (BWS), and p53 LOH in Li-Fraumeni Syndrome have all been associated with hepatoblastomas. Based on gene expression profiling and histopathology, distinct clinical subtypes of hepatoblastoma have been reported. While prognosis following surgical resection and chemotherapy is curative for certain patients, relapsing disease is poorly managed for those patients with residual disease. The current leading hypothesis is that the relapsing disease relates to the combination of mutations and/or the cell of origin of the incipient mutations. We propose to test this hypothesis by using a combination of epigenomic profiling of human tumors, and developmental genetic analysis in a mouse model. Our approach will generate new animal models using combinations of mutations that occur in the three rare syndromes using conditional mouse genetics and customized mouse embryonic stem cell modeling. Current mouse models for hepatoblastoma rely on chemical induction, or forced overexpression of oncogenes that have not been directly associated with hepatoblastoma. Therefore, a more precise animal model is needed to faithfully recapitulate the genetic and epigenetic lesions found in relapsing tumors. Because our knowledge of the genetic and epigenomic lesions of these rare tumors has focused solely on these three known pathways, we will take a sequence based approach to determine DNA methylation genome-wide in tumors. This study will also leverage a Department of Pathology effort to characterize novel mutations using a mutational hotspot screen, "OncoMap." Together, these approaches will define new molecular characteristics of hepatoblastoma, and assess the developmental consequences of the three primary causative mutations on hepatic differentiation and tumorigenesis.

Kyle Kurek, MD
Development of a Molecular and Genetic Model for Metachondromatosis
Cartilage tumor syndromes are rare skeletal diseases marked by the development of multiple benign cartilaginous bone tumors in childhood, often carrying significant morbidity and risk of developing chondrosarcoma. Tumors can form on the surface of bones, as in the autosomal dominant multiple osteochondroma syndrome (MO), or within the bones, as in the nonhereditary Ollier and Maffucci syndromes. A very rare autosomal dominant syndrome, metachondromatosis (MC), forms both surface and intramedullary tumors. The cartilage tumors in these syndromes develop adjacent to joints and are believed to result from mutations in signaling pathways regulating the growth plate. Only the genetics of MO were previously known, and the cell(s) of origin and mechanism of tumorigenesis for all of these syndromes remains unknown. We have recently identified heterozygous loss-of-function (nonsense, frameshift, splice) mutations of PTPN11 in 10 of 19 families with MC using linkage analysis combined with multiplexed targeted genomic capture and sequencing. PTPN11 encodes SHP2, a protein tyrosine phosphatase important in receptor tyrosine kinase signaling. Preliminary experiments suggest that truncated mutant peptides are not produced, and that loss of the wild-type allele may be required for tumor formation. The proposed research will create a molecular and genetic model for MC, demonstrating the genetic requirements for tumor formation, the molecular signaling events of tumorigenesis, and the cellular source of these tumors. Research will be conducted on tumors excised in MC patients, although the foundation will be the generation of several informative mouse models. Studies of MC will likely yield new understandings of skeletal growth and regulation that will be important for skeletal dysplasia and tumor research. Ultimately, a key signaling pathway may be identified that can be pharmacologically manipulated to biologically control tumors, sparing MC patients recurrent surgeries, disabilities, and the risk of developing chondrosarcomas. 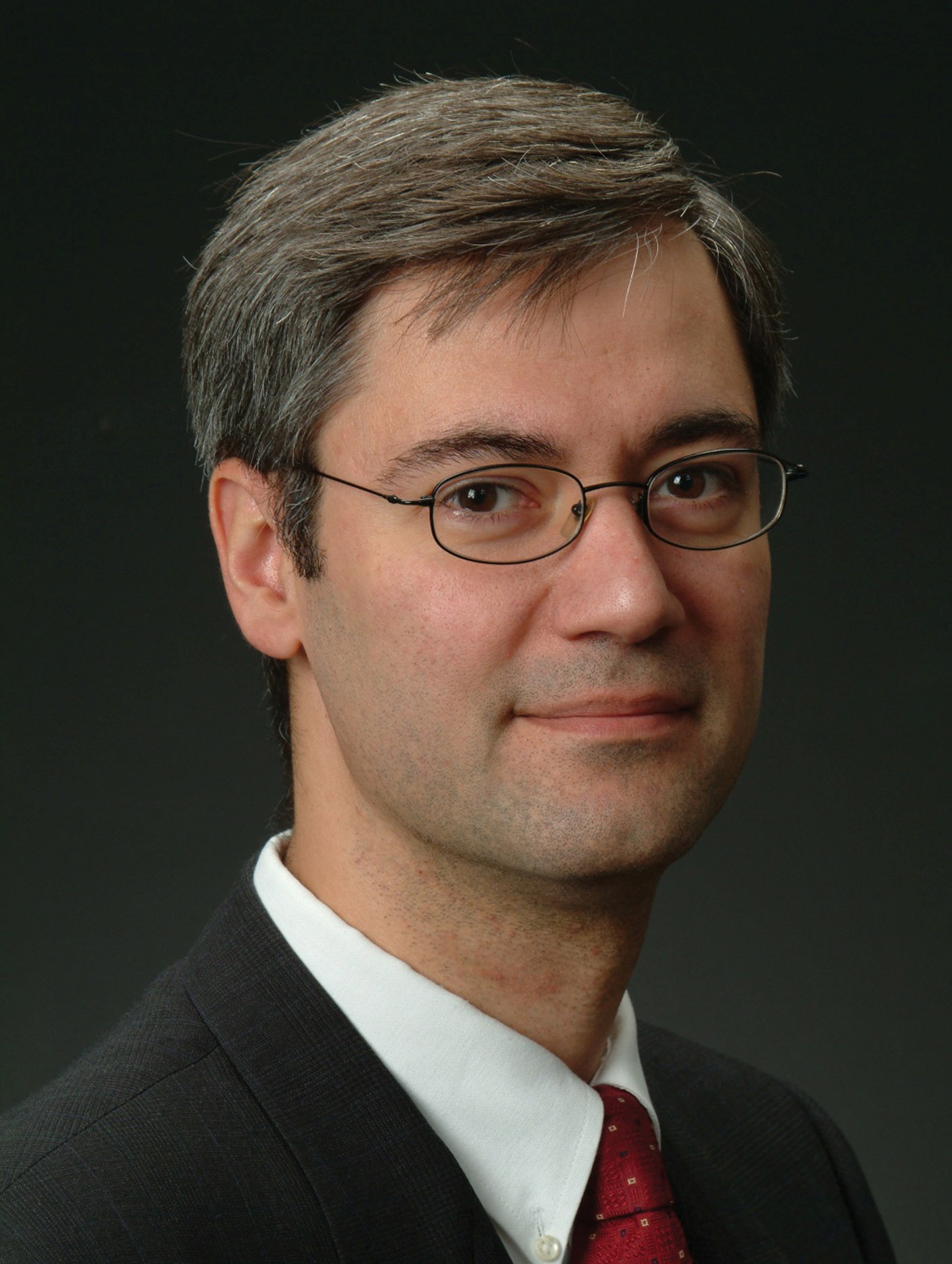 Mustafa Sahin, MD, PhD
Role of RNA Regulatory Networks in Tuberous Sclerosis
Tuberous sclerosis complex (TSC) is a rare genetic disease that causes epilepsy, mental retardation, autism and benign tumors throughout the body. One of the major cellular functions of the TSC1/TSC2 complex is to limit protein synthesis and regulate cell size by inhibiting the mammalian target of rapamycin (mTOR) pathway. Using mouse models and neuronal cultures, we have shown that the Tsc1 and Tsc2 genes play crucial roles in axon specification, guidance and myelination (Choi et al, Genes Dev 08; Nie et al., Nat Neurosci 10; Meikle et al., J Neurosci 08). Furthermore, we have demonstrated that TSC patients have abnormalities in white matter connectivity similar to that we detect in Tsc-deficient mouse models (Krishnan et al., Pediatr Neurol 10). While we have made significant progress in understanding the role of TSC/mTOR pathway in neurons, the molecular mechanisms by which TSC/mTOR regulate neuronal structure and function still remain largely unclear. We have recently started to investigate the relationship between the TSC/mTOR pathway and another cellular mechanism that regulates protein synthesis: miRNAs. Their role at synapses, ability to modulate large number of genes and modify pathogenesis of single gene defects all raise the intriguing possibility that miRNAs may play a role in the pathogenesis of neurodevelopmental disorders. In our preliminary data, we started to examine miRNA profiles in Tsc-deficient neurons and found that the expression of two microRNAs increased when Tsc2 is knocked down. Here we propose to investigate further the role of miRNAs in TSC. We have two specific aims: 1. To identify and characterize microRNAs regulated by TSC/mTOR pathway in rodent neurons, and 2. To test whether the changes in the expression of miRNAs are found in TSC patient peripheral blood samples. Beyond, providing insight into the pathophysiology of tuberous sclerosis, our experiments may also have implications for other diseases in which mTOR pathway is hyperactive such as FXS, PTEN hamartoma syndrome, and neurofibromatosis as well as non-syndromic neurodevelopmental disorders.