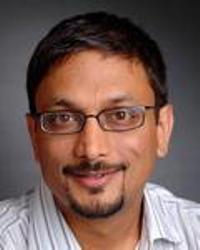 Suneet Agarwal, MD, PhD
Modeling congenital bone marrow failure syndromes using pluirpotent stem cells
Certain genetic disorders cause widespread disease in the body, but the principle reason for illness and death in early childhood is failure of the blood system. We would like to study these genetic blood disorders by “turning back the clock” – using new technology in stem cell biology to take skin cells from patients with genetic blood disorders and return them to an embryonic-like state, wherein they regain the ability to form any type of cell in the body. We believe that studying this process of going back to an embryonic-like state, and then seeing how the cells develop into different tissues (blood cells, muscle, nerves, etc.), will lead to a better understanding of what is going wrong in cells carrying these disease-causing mutations. We hope that the knowledge gained through this work will provide innovative therapies – using novel medications or perhaps even one’s own cells - for patients with genetic blood disorders, and will help develop similar strategies for patients with other rare disorders.

Vascular dissection of TSC/LAM progression in zebrafish model
Tuberous Sclerosis Complex, TSC, is a rare hereditary disease that can be diagnosed in utero or at infancy due to mutations in 2 genes (TSC1, TSC2) that function together. TSC children have multiple system defects including neurological disorders and predisposition to a number of benign tumors as they age. Among these tumors is a rare kidney tumor found in TSC children at about 5-6 years of age. In the general population, these tumors occur at about 58 years of age. A major complication is that these tumors are highly vascularized and can rupture. However, early removal of the tumors will also remove kidney function so that young children would need dialysis or kidney transplants. Recently, mutations in the same genes were found in another rare disease called LAM, where young women are mostly affected. They are diagnosed from reduced lung function but also frequently have the same benign kidney tumors as TSC children. One common aspect of these 2 diseases is that the mutations in these Tsc1/2 genes lead to overactive mTOR kinase activity affecting many cell types. The hypothesis for this study is that these mutations also increase the levels of the vascular endothelial growth factor, a robust stimulator of blood vessel formation. Through this common ability to increase nutrient and oxygen to benign tumors, these tumors continue to enlarge and threaten organ function. This proposal uses the zebrafish as a model system to investigate these ideas. The zebrafish embryo is transparent and blood vessels can be clearly visualized. By altering the levels of mTOR kinase activity and VEGF levels, we hope to further our understanding of the mechanisms common to both TSC and LAM and provide insights into potential earlier intervention.

Mark D. Fleming, MD, DPhil
Molecular genetics of congenital Siberoblastic Anemia
The body uses iron largely to make heme, the molecule in hemoglobin in red blood cells (RBCs) that binds oxygen, and delivers it to the tissues. Heme synthesis occurs, in part, in the mitochondrial compartment within the cell. In a rare group of inherited disorders called congenital sideroblastic anemias (CSAs), iron precipitates in mitochondria, impairing RBC production. Sometimes, the defect that leads to this abnormality is a mutation in a protein involved in the synthesis of heme, but in more than 40% of cases of CSA, the genetic basis of the disorder is unknown. Consequently, many patients that might benefit from therapies tailored to the genetic cause of the disease are not afforded this possibility. The primary aim of this proposal is to identify novel causes of CSA by applying molecular genetic techniques a large repository of CSA patient DNA.

Jordan Kreidberg, MD, PhD
WT1 gene target discovery in FSGS
Focal Segmental Glomerulosclerosis (FSGS) is a severe condition leading to End Stage Renal Disease (ESRD), a condition in which an individual becomes dependent on dialysis or a kidney transplant, both of which are imperfect solutions accompanied by significant morbidity and mortality. The overall prevalence in the United States is estimated to be about 70,000 individuals, and there are approximately 20,000 people with ESRD due to FSGS. These include children and adults. Finding new treatments for FSGS is generally recognized as one the great challenges in medicine. Our studies are aimed at understanding the how kidney damage occurs in FSGS, with the ultimate goal that this research will translate into new treatments that prevent irreversible damage to kidneys and avoid the progression to dialysis and transplantation.

Characterizing the cellular function of cerebral cavernous malformation associated genes
Cerebral Cavernous Malformations (CCMs) are vascular lesions that originate in the central nervous system. They appear as tangles of malformed blood vessels located in the brain and/or spinal cord. This collection of dilated, irregularly shaped small blood vessels (capillaries) often exhibits a characteristic honeycomb-like pattern. Although most are asymptomatic until the second or third decade of life they may also be detected in children where they can have devastating clinical consequences. Because of the dramatic dilation of the blood vessels within the lesion, the walls of the vessels are weak and also lack supporting tissue. For this reason, they are prone to bleeding and when observed under a microscope appear as large, bloodfilled caverns (for this reason, are also called cavernomas or cavernous angiomas). Unlike an aneurysm which is characterized by sudden rupture and acute clinical impact, the characteristic feature of a CCM is slow bleeding or oozing. Greater than 30% of patients with these lesions eventually develop symptoms which can range from seizures or hemorrhagic stroke to severe neurologic deficit. Mutations in three genes have been associated with this disease through the study of inherited forms. The Mably laboratory uses zebrafish to model human cardiovascular disease and I have identified and characterized zebrafish mutants with defects in two of these CCM genes (CCM1 and CCM2 respectively, in zebrafish). Additionally, through analysis of a third zebrafish mutant with an indistinguishable phenotype,Dr. Mably has identified the gene, a transmembrane molecule that is a novel component of the CCM pathway. The Mably Lab will use the zebrafish models to characterize the cellular functions of these proteins. Additionally,they will identify molecules downstream of the Heg protein that are involved in the formation of the CCM defects in the zebrafish models. This approach will help identify new targets for non-surgical therapies for CCM.

Amy E. Roberts, MD
Identification and characterization of novel genes in left sided congenital heart disease
A significant proportion of heart malformations in children are due to a genetic cause. We are only beginning to uncover what those genetic causes are. One form of heart malformation that affects the left side of the heart is often seen more than once in a family with a range of seriousness from mild to lethal without surgical intervention. Although all of us have repetition in our DNA that does not cause disease, occasionally duplications of genetic material can cause medical problems. There are two cases at our institution of children with a left sided heart malformation who have a genetic duplication (extra genetic material) that we believe caused their heart defect. There are dozens of genes within each duplicated region and we believe that several of these genes must be important for the normal development of the heart. We will study heart tissue from children with left sided heart defects to see if any of the genes in these two regions are more or less expressed when compared to healthy cardiac tissue. We will determine if mutations in the genes that are different in their expression in children with heart malformations can cause heart disease in a larger group of children born with a heart problem. It is our hope that by better understanding the genetic causes of heart malformations, there will be improved diagnostics, treatments, and disease management with the ultimate goal of preventing the heart abnormalities in the first place.