The Newborn Behavioral Observations (NBO) system™ is an infant-focused, family centered, relationship-based tool, designed to sensitize parents to their baby's competencies and individuality, in order to foster positive parent-infant interactions and contribute to the development of a positive parent-infant relationship from the very beginning (Nugent, Keefer, Minear, Johnson. and Blanchard, 2007).

The development of the NBO was inspired by almost 40 years of experience working with Berry Brazelton and the Neonatal Behavioral Assessment Scale (NBAS) (Brazelton, 1973; Brazelton and Nugent, 1995, 2011; Nugent, 1985; Nugent and Brazelton, 1989, 2000). However, it is not an examination or a test but is a set of shared observations designed to help the clinician and parent together, to observe the infant's behavioral capacities and identify the kind of support the infant needs for his successful growth and development. The NBO is therefore inherently interactive and family centered, so that parents are involved as partners in the NBO session. The clinician maintains a collaborative stance toward the parents during the session, which ends with the clinician and parents developing a joint infant-caregiving plan by identifying techniques most likely to foster positive parent-infant interaction. You can learn more about the NBO in this article, which appeared in the Zero to Three Journal.

The NBO is strength-based and is primarily guided by the principle that the quality of early experiences drives brain development and functional outcomes. It can be used to support parents at a time when the very bases for parental functioning are being established. It describes the infant's capacities in such a way that the parents can begin to see their baby as a person, better appreciate their baby's unique competencies and vulnerabilities, and learn to understand and respond to their baby, in a way that meets the baby’s unique developmental needs. Moreover, the NBO can easily be integrated into a range of clinical practices and is used in hospital, clinic, or home visit settings by pediatric professionals such as nurses, doctors, psychologists, social workers, midwives, physical and occupational therapists, doulas, child life specialists, lactation specialists, home visitors, and other early intervention professionals. 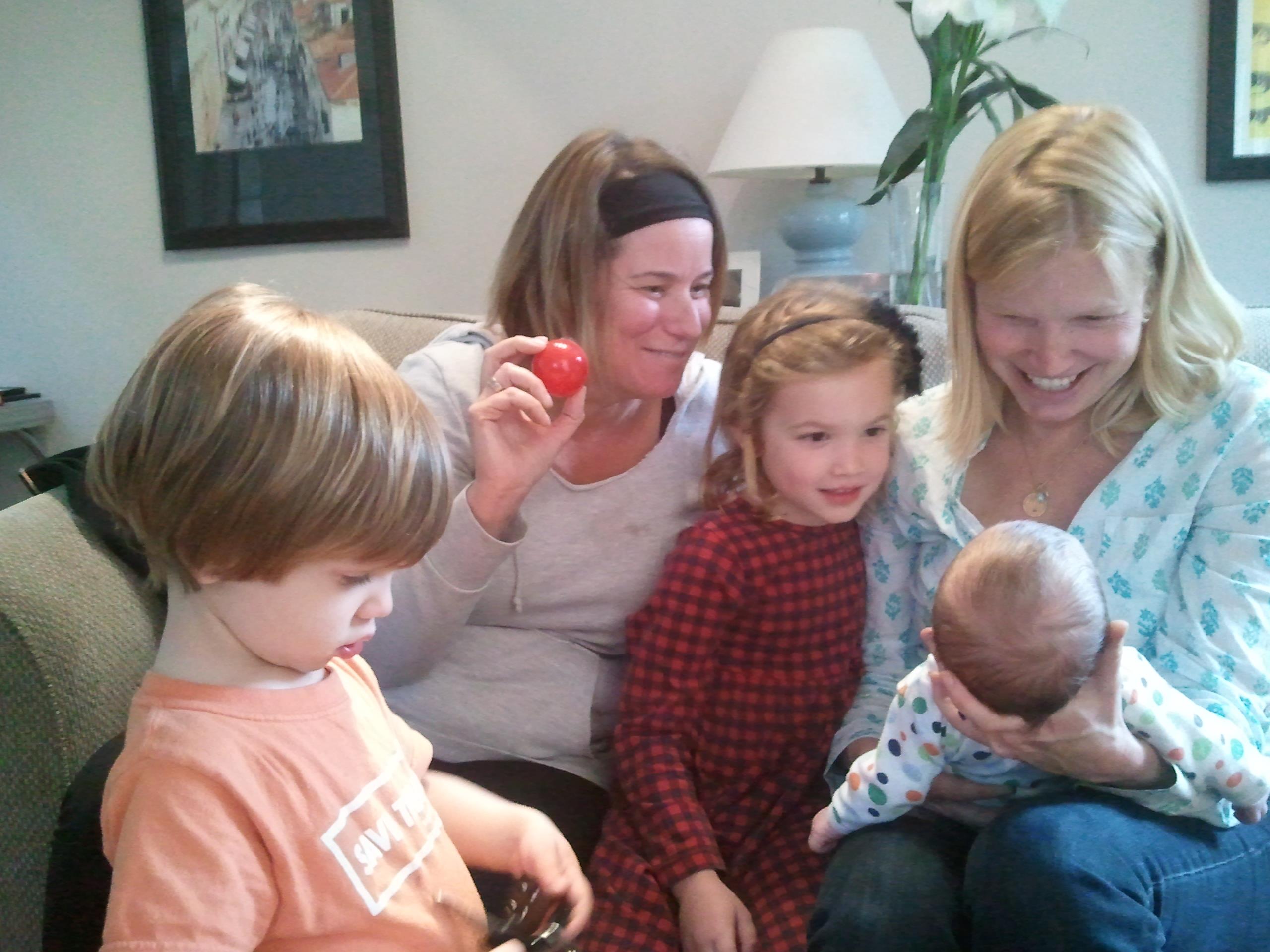 The NBO system consists of a set of 18 neurobehavioral observations, which describe the newborn's capacities and behavioral adaptation from birth to the third month of life. While it describes the infant's capacities, the NBO provides parents with individualized information about their infant's behavior, so that they can appreciate their baby's unique competencies and vulnerabilities and thereby understand and respond to their baby, in a way that meets her/his developmental needs. The 18 items include observations of the infant's capacity to habituate to external light and sound stimuli (sleep protection); the quality of motor tone and activity level; the capacity for self-regulation (including crying and consolability); response to stress (indices of the infant's threshold for stimulation); and the infant’s visual, auditory, and social-interactive capacities (degree of alertness and response to both human and non-human stimuli). The NBO can be used to track the process of self-regulation as the infant attempts to stabilize his autonomic, motor, and state behavior, and prolong his periods of alertness and social availability over the first weeks and months of life. These weeks and months make up a special period of developmental change and reorganization in the patterns of infant attention and emotion, which are captured by the NBO.

Over the first few months of life, newborn infants face a series of hierarchically organized tasks in self-regulation, which involve the integration of autonomic, motor, state, and social interactive behavior. This includes the infant’s capacity to first regulate her physiological or autonomic system, her motor behavior, then her state behavior, and finally her affective interactive behavior, which develop in a stage-like epigenetic progression over the first 2 to 3 months of life. These tasks are summarized by the acronym AMOR: autonomic, motor, organization of state, and responsiveness.

The framework enables practitioners and caregivers to interpret and attribute meaning to the behaviors and communication cues they observe in the context of the NBO. While the NBO attempts to reveal the full richness of the newborn's behavioral repertoire, the clinical focus is on the infant's individuality, on the aspects of behavior that make the baby unique and different. In other words, the NBO provides the baby with a "voice," with a "signature." It gives the baby an opportunity to tell the caregiver who he or she is, if you will, what her preferences are and what her vulnerabilities might be, and in what areas she may need support. By providing this behavioral profile of the infant's strengths and challenges, the NBO can provide clinicians with the kind of individualized guidance that can help parents meet their baby's needs. This, in turn, will help the parents develop the kind of confidence they need to support their baby's development and enjoy the experience of being a new parent.

Above: The NBO is being used in Bangkok by Kevin Nugent (left) and Oslo by Unni Tranaas Vannebo.

A series of randomized controlled studies have demonstrated the effectiveness of the NBO as a form of support for parents. In a number of studies, the NBO was associated with enhanced mother-infant engagement (McManus and Nugent, 2012; Nicolson, Carron & Paul, 2022; Nugent et al., 2017) and was effective in helping parents be more responsive to their infant’s communication cues (Kristensen, Juul & Kronberg., 2020; Høifødt, Nordhal, Landsem, Csifsák, Bohne, Pfuhl, Rognmo, Braarud, Goksøyr, Moe, Slinning, 2020). A study by McManus and Nugent (2012) showed that the NBO could be successfully integrated into Early Intervention programming and was associated with higher parent-reported quality of care with high-risk newborns and higher perceived confidence among service providers using the NBO with low- and high-risk newborns and their families. A study in Norway demonstrated that the NBO conducted in home visits is a feasible and acceptable intervention for both parents and healthcare workers within the well‐baby clinic services (Greve, Braarud, Skotheim, Slinning, 2018). In another multi-site randomized trial, the NBO was associated with greater gains in cognitive and adaptive function at 6 months, in children referred for Early Intervention (McManus, Blanchard, Murphy, Nugent, 2020).

A number of RCT studies have shown that mothers who participated in the NBO sessions demonstrated a reduction in postpartum depressive symptomatology and anxiety symptoms. Mothers receiving NBO care had fewer maternal depressive symptoms than control mothers receiving Usual Care (McManus et al. 2020; Nugent, J. K., Dym-Bartlett, J., Valim, C., 2014).  In an Australian sample of 111 first-time mothers with antenatal distress and risk of postnatal depression (PND), there were NBO intervention effects on maternal emotional availability, with higher sensitivity and non-intrusiveness in the intervention group and on anxiety symptoms, although not on depression symptoms (Nicolson, Carron, Paul, 2022).

The NBO is associated with higher perceived confidence among service providers, working with low- and high-risk newborns and their families (McManus and Nugent, 2012), and in a national trial of 222 pediatric professionals trained in the NBO from 10 settings around the United States — representing inner-city, suburban, and small city sites — pre- and post-NBO training evaluations conducted by Philliber Research Associates showed that 98 percent of the NBO trained practitioners agreed that the NBO was excellent or good in helping parents learn about their newborns and that it fostered parents' interest in their baby, while 97 percent of the trainees believed that the NBO could enhance the clinician's partnership with parents. One month after the training, trainees (n=102) continued to rate the NBO as excellent or good in providing information to parents, and a comparison of pre-training and one-month responses (n=72) revealed that parents became better observers of their infants (p<.001), learned new information about their infants (p<.01), and practitioners were more "connected to" or "tuned in" to parents as a result of the NBO (p<.05). Parents themselves (n=31) reported that their understanding of their infant increased significantly as a result of the NBO (p<.001).