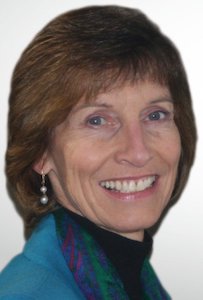 Alison Taunton-Rigby, Ph.D., O.B.E., has been president and chief executive officer of several public and private companies in the life science and healthcare industries. She has served as a director on a number of public, private, non-profit, ESOP, college, foundation, and mutual fund boards.

Dr. Taunton-Rigby received her doctorate from the University of Bristol in Bristol, England, and is a graduate of the Advanced Management Program of the Harvard Business School. She is a Director of Boston Children's Hospital, Blumont Inc., TetraGenetics, and the International Women’s Forum Leadership Foundation. In addition, she is a member of the Business Advisory Council, Simmons University, School of Management, and of Boston University School of Public Health, Health Law, Policy & Management Advisory Board, a former director and chair of the Massachusetts Biotechnology Council (MBC), and of the Biotechnology Industry Organization (BIO), a director emeritus of the Biomedical Science Careers Program, a past director of the Massachusetts Women's Forum. In 2005 she was appointed by the governor to the Massachusetts Biomedical Research Advisory Committee (stem cell research) and in 2008 to the Scientific Advisory Board, Massachusetts Life Science Center.

In 2002 Dr. Taunton-Rigby was awarded the OBE (Officer of the Order of the British Empire) by Queen Elizabeth II for her work as a leader in the research, development, and promotion of biotechnology. In 2009 she was awarded an honorary D.Sc. by the University of Bristol.

Dr. Taunton-Rigby has served as a director on over 20 companies, including seven public companies. In addition, she has served as a director of numerous non-profit and business organizations. She is or has been a member of or chaired Compensation, Audit, Nominating and Governance, and Strategic Planning committees. At Boston Children’s Hospital, she chairs the Patient Care Assessment Committee.